Your Guide to Moving to Orlando Part I

Orlando has become a coveted destination for people from around the country, and it’s not hard to see why. The city’s culture, climate, nightlife, and much more have helped it become increasingly popular. Filled with entertainment opportunities, beautiful locations, and plenty of things to do for people of all interests, moving to Orlando has become a more enticing idea for many people. But if you’re considering moving to Orlando, you probably have a lot of questions. After all, a move to a brand-new city is no small task. It can leave you feeling overwhelmed. But moving to Orlando and finding an apartment doesn’t have to be stressful. That’s why we’ve prepared this guide.

Please keep in mind that this list was written pre-COVID. We hope you can still find plenty to help you on your move.

Moving to Orlando? Consider the Following

Now let’s look at Orlando’s other necessary info to help you know what to expect when moving.

The city of Orlando employs roughly 160,000 people. Some of the most common industries include health care, retail, hospitality, and food services. Some of the most lucrative sectors in Orlando include science, finance, agriculture, and more.

Another positive is inequality is much lower than the national average. The city is also known for having a range of management occupations available and a high degree of people in the legal profession compared to other areas. Are you looking to get into law? Moving to Orlando might be a great place to start.

Orlando, and other cities in Florida like Miami, is known for their wealth of diversity. Residents of Orlando come from all around the world, making the city a richly cultured place where you’ll find music, entertainment, food, and much more from a wide range of countries and cultures around the world.

Orlando schools hand out around 15,000 degrees annually—with about 50,000 students actively enrolled in college each year. Many don’t think of Orlando as a college city, with many of Florida’s most well-known colleges located elsewhere. Still, it has a very active student population and college-town vibe.

Some of the most popular majors at universities in Orlando include Liberal Arts, Business Administration and Management, Nursing, and others. Orlando’s largest university is Valencia College, followed by Orange Technical College and Adventist University of Health Sciences.

Orlando combines the American south’s rich culture, including delicious foods, warm and inviting hospitality, and more, with the richness of international cultures thanks to the many people from around the world who live in and visit Florida. Meanwhile, the city’s urban environment brings its energy, excitement, and life to the Orlando experience.

We’ll dive into more about the cultural experience of living in Orlando later in this article, where you’ll discover just how much there is to see and do in the city.

One of the biggest questions people have when moving to Orlando or any city relates to crime and safety. There’s always the question of whether new residents can feel safe and secure in any city environment. And while any neighborhood in the nation will experience some level of crime, there’s good news for those looking to move to Orlando— compared to urban areas in much of the country, Orlando is on the lower end of the spectrum. Further, while cities always experience higher crime rates than suburban or rural areas, Orlando isn’t unnaturally high regarding either property crimes or violent crimes. Orlando is an excellent option if you’re looking for city life but wants to be on the safer side.

What to do for Fun in Orlando

Orlando is an attraction-filled city! Let’s talk about some of the most beloved entertainment attractions in Orlando that you’ll get to enjoy anytime as a resident.

Walt Disney World Resort may be the most famous theme park in the entire world. For example, Disney attracts hundreds of thousands of visitors every year. And when you’re a full-time Orlando resident, you can enjoy this magical place year-round.

Disney World has much more to offer than just rides and movie-themed attractions? Disney World brings everything from water parks and attractions to world-class resorts, incredible restaurants, fantastic entertainment, and shopping that rival some of the world’s best destinations.

New and recent attractions at Walt Disney World resort include the brand-new Star Wars: Galaxy’s Edge theme park, where visitors can see what it’s like to live within the Star Wars universe. There’s also Toy Story Land, the Wonderful World of Animation, the nighttime spectacular Happily Ever After, and much more.

Walt Disney World isn’t the only incredible resort in Orlando—almost as famous is the Universal Orlando resort, bringing a similar experience but with a whole new range of activities and adventures to enjoy.

You’ll love the movie-themed attractions, the stunning Islands of Adventure where you can take thrilling rides over a beautiful sea landscape, and the water-based rides at Volcano Bay. Meanwhile, the newly opened Wizarding World of Harry Potter brings one of the most popular books in history to life.

Love ocean creatures? SeaWorld Orlando is one of the most famous places on earth to see them, combining the thrills of a water park with the thought-provoking look at some of the beautiful creatures that live in the sea.

Sesame Street Land is a new attraction at Sea World where kids can interact with all of their favorite Sesame Street pals. For nature lovers, Discovery Cove allows you to swim around with dolphins, interact with some of the unique creatures in the sea like stingrays and tropical fish, interact with and even feed a range of exotic birds, and even relax on delightful beaches. Living in Orlando gives you the chance to enjoy this magical park anytime, even in the off-season. That means you can ditch the crowds and visit when it’s more likely to be chill and open, beating long lines and making your experience even more enjoyable.

If you’re like many of us, you grew up loving to build and play with LEGOs. As an Orlando resident, you can enjoy the fantastic LEGOLAND resort, where you’ll see massive structures made entirely from LEGO bricks as well as a range of other attractions. You can even create custom LEGO sets to bring home and build yourself, plus a whole lot more.

Now let’s move on from the theme parks, roller coasters, and movie-themed attractions of Orlando to get to our personal favorite—the food!

Orlando is known for being filled with all kinds of delicious dining opportunities in every neighborhood, but you can find most within a group of dining districts and areas. Here’s what you can expect in each.

One of the most popular destinations on International Drive is ICON Park, where you’ll find world-famous restaurants that include Tin Roof, Yard House, and the famous Tapa Toro Tapas Bar & Paella Pit. A little further down International Drive is another hot spot for great eats, including Lafayette’s, Taverna Opa, and Cuba Libre Restaurant & Rum Bar.

Whatever type of cuisine you love most, and whatever your budget, you’ll be able to find what you’re looking for on International Drive. After all, it gets its name from the many global cultures represented in its delicious food selections.

Can’t find what you’re looking for on International Drive? Never fear, just a short drive away is Restaurant Row, filled with all kinds of incredible restaurants of its own. Some of the most critically-praised dining spots in all of Orlando (and the country) are located right here—including Rocco’s Tacos, Eddie V’s Prime Seafood, and Dragonfly, where you’ll experience some of the best sushi you’ve ever had in your life.

Located right in the center of Universal Orlando Resort’s theme park, the Universal CityWalk is set up like a city block and is packed with incredible places to eat. One of the best parts is that each restaurant has its unique theme, giving you delicious food and an experience unlike any other. For example, the Toothsome Chocolate Emporium & Savory Feast Kitchen features a retro-futuristic, steampunk-inspired theme. But don’t worry, this restaurant is more than just a gimmick—in addition to the one-of-a-kind atmosphere, the food is incredible. You’ll find plenty of restaurants featuring this combo throughout the Universal CityWalk.

Located at Walt Disney World Resort, Disney Springs features so much world-class food and so many dining options that its an attraction all its own. No matter what your favorite style of cuisine, you’ll find it right in Disney Springs—not to mention the fact that there are more celebrity chefs cooking up signature dishes here than anywhere else in the country. Diners regularly have the chance to meet some of the hottest culinary names, which brings a whole new level of excitement to your night out at a great restaurant in Orlando.

Do you have a serious sweet tooth? Check out our list of the best candy stores in Orlando.

Orlando is synonymous with nightlife. Perhaps no other city on earth has more diverse options for you to enjoy once you clock out of work. From live music and dance clubs that keep the music pumping until the early morning to slick and luxurious lounges where you might encounter celebrities—and just about everything in between—Orlando’s nightlife has something for everyone.

We already mentioned International Drive restaurants, but this hotspot also features a range of nightlife options and clubs. There are also music venues, plus all kinds of entertainment—from karaoke to bowling.

Want to catch a basketball game or a globally-beloved touring act? Head to the Amway Center, home of the Orlando Magic and surrounded by plenty of its own nightclubs and more.

Love great bars? We don’t even know where to start in Orlando, which is so loaded with them that you might find 7 or 8 on a single street, all offering their very own custom drinks, cocktails, and signatures.

Are you looking to break a sweat? Check out our list of five ways to exercise in Orlando.

Read part II of our guide to moving to Orlando! 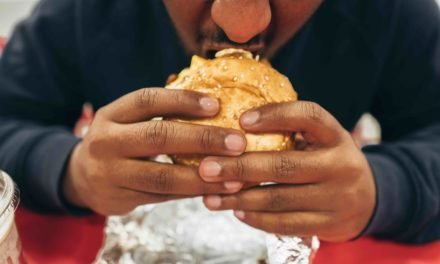 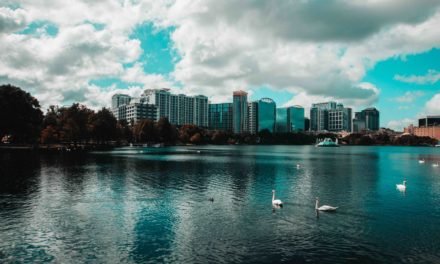 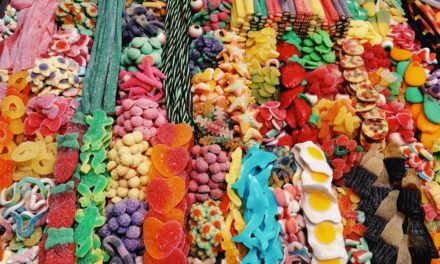 The Best Candy Stores in Orlando